Ammunition cache left behind by terrorists discovered in Homs Countryside

SANA’s reporter in Homs said that during combing operations in residential areas and farmlands to ensure safe and stable life for the locals in the villages which have been liberated from terrorism, the authorities on Thursday discovered a cache containing weapons and ammunition left behind by terrorists at Qazhal village in al-Houla area in the northern countryside of Homs.

The weapons included munition for machineguns, rifles ,and amounts of varied shells. 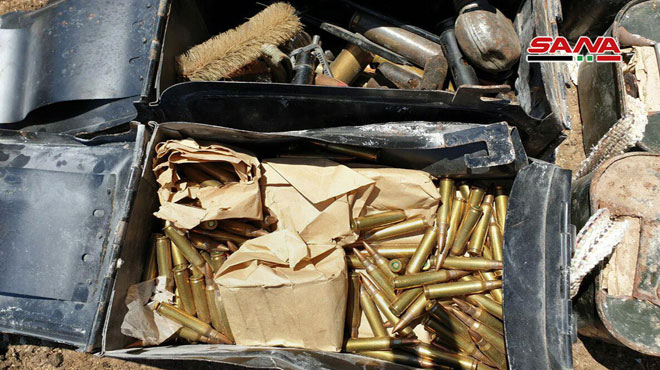