Damascus, SANA- A number of archaeological sites in Deir Ezzor, including the Mari site in Tal Hariri, were severely damaged as a result of attacks by terrorist organizations, according to the General Directorate for Antiquities and Museums (GDAM).

In a statement on Tuesday, the Directorate said that preliminary assessment was carried out by archeologists to archological sites in the eastern countryside of Deir Ezzor, which were rid of terrorism by the Syrian Arab Army, where it was found that massive destruction was caused to the archaeological buildings in the site of Mari, including the royal 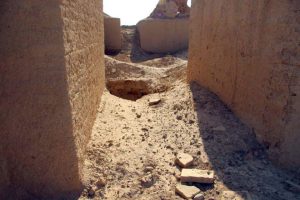 palace of Zimri-Lim, as well as the destruction of the roof built to protect it from natural elements, in addition to illegal excavations throughout the site by terrorists.

Satellite images taken in 2014 showed extensive damage to archaeological sites in Deir Ezzor, including Mari, and systematic sabotage and destruction of archaeological relics, which are of great importance in understanding the historical developments of these sites.

The city of Mari was 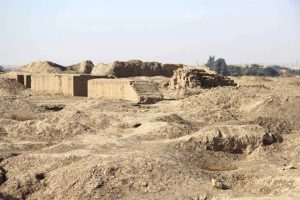 the capital of a large ancient kingdom known since the middle of the third millennium BC. It’s located 11 km northwest of al-Bukamal city on the Euphrates River’s western bank in the eastern part of Syria.

The national and foreign teams that worked in the current site of the Kingdom discovered many buildings, statues, and archaeological treasures, as well as the royal archives found in the palace of Zimri-Lim which included a thousand clay tablets written in Akkadian language.