Damascus, SANA- Al-Assad University Hospital in Damascus received on Wednesday medical equipment and aid for people with disabilities provided by the Chinese Embassy in Damascus.

The medical aid came within a memorandum of understanding between the two sides.

In a press statement after signing the 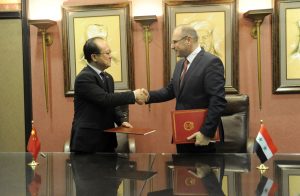 MoU and handing over the equipment, Chinese Ambassador in Damascus Qi Qianjin said that his country, in coordination with the Syrian government, will provide more support for the Syrian health sector.

He expressed appreciation to the efforts exerted by the Hospital staff to provide the best d medical services to patients and needy people despite the difficult conditions that Syria is experiencing due to the crisis, hoping that security and stability 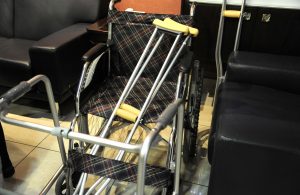 will return to all Syrian areas as soon as possible.

Al-Assad University Hospital, which was opened in Damascus city in 1988, is considered one of the most important educational hospitals affiliated to the Higher Education Ministry in the country. It provides advanced medical.