Damascus, SANA_ Syria has embraced throughout the ages many schools that formed scientific and cultural edifices that enriched the Arab and Islamic heritage.

These schools were one of the enlightenment centers in the Middle East for those who seeks knowledge and higher education.

Damascus contains most of the ancient Syrian schools, most of which dating back to the Ayyubid and Mamluk eras, according to researcher Ali al-Aqbani. 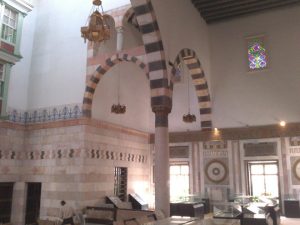 He noted that they are distinguished by their unique architectural character in addition to being museums of the types of calligraphy and writing that prevailed at that eras.

Despite the different forms of Syrian Islamic schools from an architectural point of view, they have similar planning and division system as most of them consist of teaching halls, teachers and students’ rooms, a place for prayer, a place for ablution and pools of water, and most of them contain a tomb of the person who established this school.

The role of these schools was not limited to education only, but rather they were a place for a judge to consider some jurisprudence issues when other judges differed in their view points.

Al-Aqbani noted that the al-Nuriya school is the first school built in Syria by Nur al-Din Mahmoud Zanki in Bab al-Faraj in Damascus in 568 AH, 1127 AD. It remained standing even after his death where he was buried in it. Today, al-Nuriya school has turned into a mosque.

In Aleppo, according to al-Aqbani, we find al-Mamoun High School, which was built in 1892. 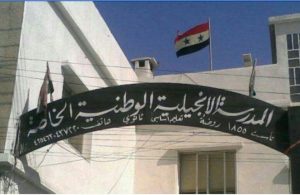 In Homs city, the National Evangelical Private Secondary School was established in 1855.

In Hama, there is Dar al-Elm and Education School that was established in 1920 in addition to other schools such as Ibn al-Fared and al-Siddiq from which many intellectuals were educated.

Idleb countryside is also full of many ancient archaeological schools that contributed in the revival and development of this province, including al-Mutanabbi High School, which is one of the largest schools in Idleb; it was built in the late twenties of the last century and was characterized by its spacious and large internal halls.

As for the Syrian coast, Lattakia contains many old and important schools, including al-Baath School, and its construction dates back to the 1920s. Its name was then Fatima al-Zahra.

In Tartous and its countryside, we find al-Thawra Elementary School in Draikish that was built in 1920s.