Aleppo, SANA-Units of the Syrian Arab Army  on Thursday competed deployment in Ayn al-Arab city in the farthest north-eastern countryside of Aleppo along border with Turkey, hoisting the national flag on buildings of the official institutions and entrance of the city amid slogans of welcome by local families.

On Wednesday, Units of the Syrian Arab army entered the city amid welcome by the locals who have been attacked by the Turkish regime. 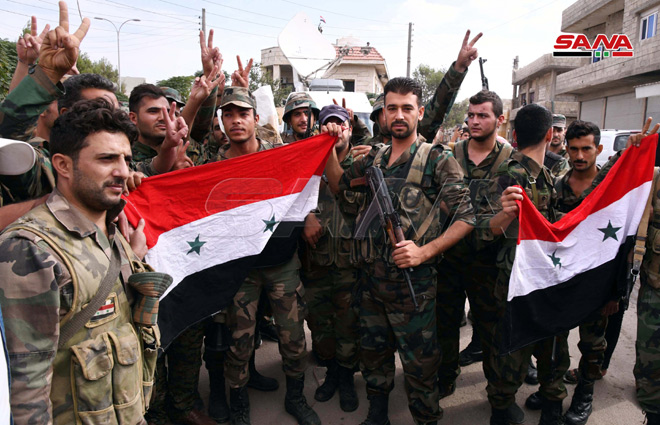