Damascus, SANA – Several countries are participating in the 61st Damascus International Fair, sending a message of solidarity with Syria and its people, in addition to showcasing their culture, industries, and investment opportunities. 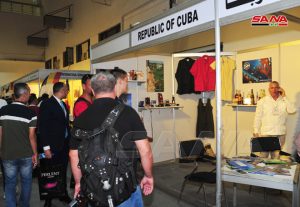 In a statement to SANA, Ambassador of Cuba Miguel Porto Parga said his country’s participation in the Fair expresses it support for Syria, noting that the wide-scale participation represents a defiance of the sanctions imposed by the US.

In turn, Third Secretary at the Armenian Embassy Roben Sogoyan noted that Armenia has participated in the last three editions of the Fair, hoping that the Fair will have a positive impact on Syrian economy and that it will contribute to attracting more investments. 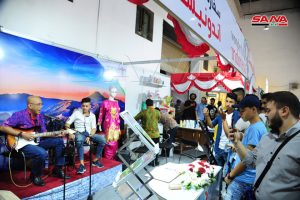 Ambassador of Indonesia Wajid Fauzi said that his country is keen on participating in various fairs in Syria, underlining the strong friendly relations between the two countries, adding that the Fair is a chance for enhancing trade exchange and introducing Syrians to Indonesian culture. 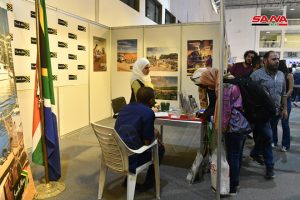 Chargé d’affaires at the Embassy of South Africa Solomzi Mhlana said his country and Syria have a long history of distinguished relations, and that South Africa’s participation in the Fair expresses its support for the Syrian people and government.

In turn, Ramoncito Mendoza from the Embassy of the Philippines said this is his country’s first participation in the Fair, hoping that contracts will be signed for exporting food items to Syria.

For his part, Choi Kang Chol from the Embassy of the Democratic People’s Republic of Korea (DPRK) said his country’s participation in the Fair involves showcasing products that include ginseng which is beneficial to improving immunity and memory and protection from cancer.

For her part, director of the North Macedonia pavilion Raghad Khalil said the goal of participating in the Fair is to encourage investments in Macedonia which provides many facilitations, particularly for imports and exports.