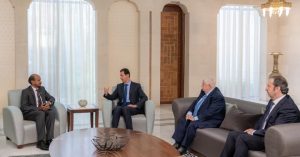 President al-Assad received the two ambassadors separately and wished them success in their missions.

The two new ambassadors were received and seen off at al-Shaab Palace as per the usual protocol.