Quneitra, SANA – The people of the occupied Syrian Golan denounced US President Donald Trump’s declaration about the Golan, saying it is void and meaningless, and asserting that the Golan is an integral part of Syria. 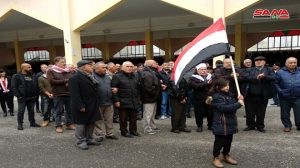 In a protest organized on Saturday at he occupied village of Buqaatha, the people of the occupied Syrian Golan said Trump’s declaration violates international laws and accords and UN resolutions.

The participants, who included people from the villages of Buqaatha, Majdal Chams, Masaada, and Ein Qunya affirmed their adherence to their Syrian identity and to their homeland, and that they will remain in their lands and homes which the Israeli occupation seeks to seize by force. 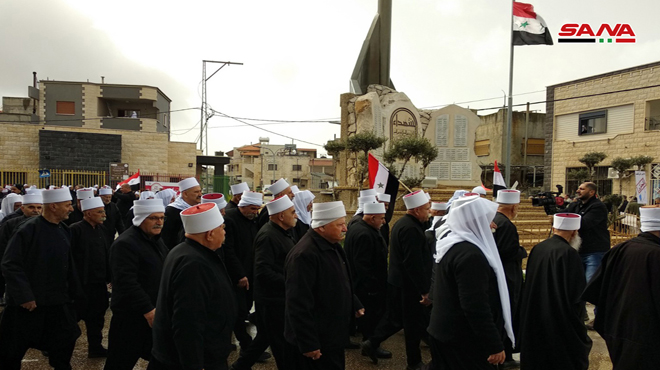