Aleppo, SANA-The hands of Bab al-Faraj clock in Aleppo city resumed ticking, having completed the rehabilitation works after it was exposed to vandalism due to terrorist acts.

As a result of the terrorism which affected the city of Aleppo, the clock sustained damage 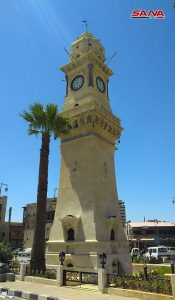 to the building and the mechanical structure, which led to the interruption of its work. However, the insistence of Aleppo’s inhabitants to revive their city’s landmarks, especially the clock prompted them to rehabilitate and maintain them through the efforts exerted by the initiative of Aleppo‘s People Association.

Speaking to SANA, Chairman of the Association, Tarif Atoura, said that the idea of rehabilitating the clock and its surroundings was initiated as a first stage within the rehabilitation project in the central part of Aleppo city.

Atoura said that the damage was massive in the clock which reached 40% in the facades and windows of the clock tower, adding that the Association has prepared engineering and technical studies for the restoration of the clock depending on local expertise.

He explained that due to the precise details located in the middle of the stone facade of the clock tower, experts in construction, carpentry and sculpture had carried out accurate repair works and all decorative pieces were gathered 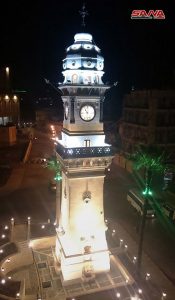 and placed exactly where they were before, indicating that all the archeological parts were highlighted by lighting the inside and outside of the tower.

The work also included cleaning the stone well at a depth of 17 meters.

In turn, Chairman of the Supervising Committee of restoration of the clock Ahmed Gharib said that the unique architectural style of the clock has only one peer in the world, in Istanbul city.

He said that the construction of the clock started in 1898 and was completed in 1899. Its importance stems from its architectural style, which is similar to the minarets and the architectural decoration that adorn the tower’s facades.

He pointed out that the rehabilitation works also included highlighting the architectural elements that have been concealed, such as the lower reservoir of the clock and water basins which were used to supply people with water. 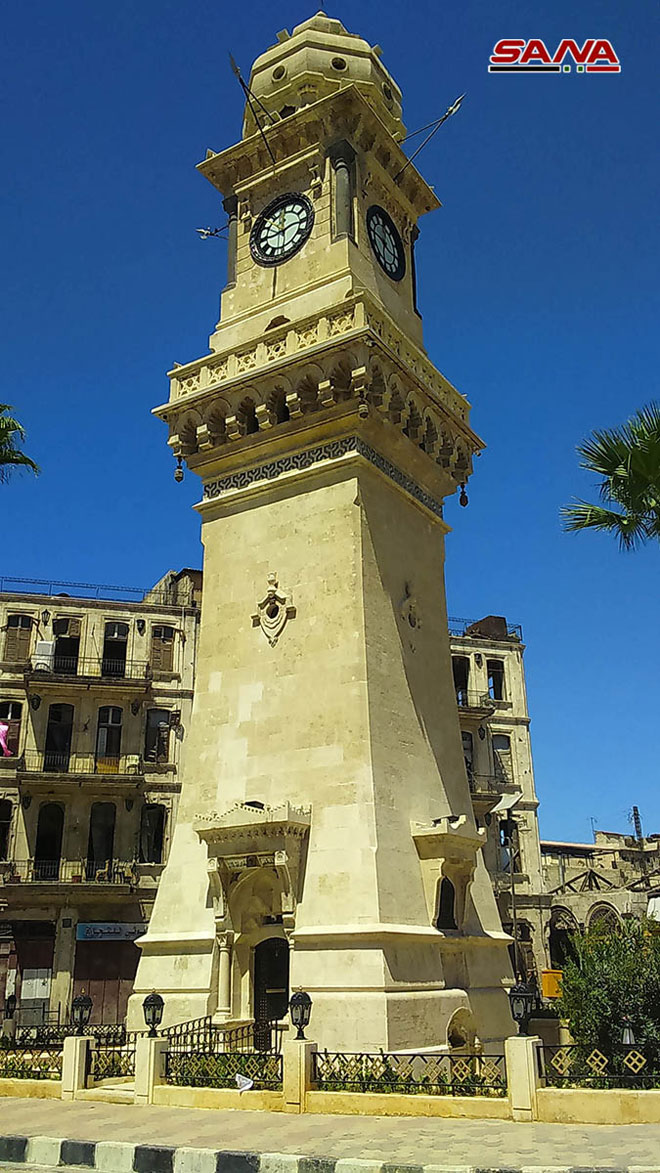