Syria, Russia to boost cooperation in economic and cultural fields Homs, SANA- A Memorandum of Cooperation on economic and cultural fields was signed between Homs Governorate and Khanty-Mansiysk Region in Russia.

The signature ceremony took place during the visit of a Russian parliamentary delegation to Homs province.

Homs Governor Talal al-Barazi, during an extended meeting prior to signing the agreement, said that the Russian delegation’s visit came as part of the joint cooperation between Syria and Russia with the aim of further enhancing the efforts exerted by the two sides to achieve progress and development in all fields.

For her part, Mansiysk governor Natalya Komarova underlined the significant contribution of this agreement to boost scientific, commercial, economic and educational cooperation. 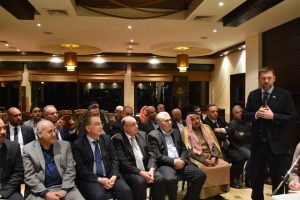 A number of the Russian parliamentary delegation voiced their firm support to Syria in the upcoming stage in order to restore security and stability, expressing full readiness to participate in many developmental projects in Homs.

In turn, Syrian tradesmen and businessmen welcomed the establishment of joint investment projects between Syria and Russia in tourism, services and agricultural fields.

They stressed the need to establish joint chambers for industry, agriculture and commerce as well as a joint bank, in addition to exchanging pharmaceutical expertise. 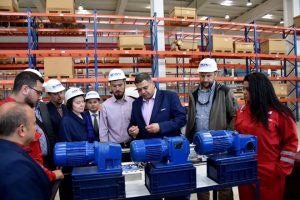 Earlier, the Russian delegation toured markets of the old city of Homs and inspected the rehabilitation works carried out to rebuild what has been destroyed by terrorists, al-Walid Hospital and Aman social care center in al-Waer neighborhood.